CenterICQ creator: important is to code

Konstantin Klyagin, also known as Konst, is a software engineer who has been working for 9 years in software development. At 25, he has over 17 years of overall computers experience. He holds MSc in Applied Mathematics and once attended a fine arts school for 9 years. Konst speaks fluent Russian, English, Romanian, Ukrainian and a bit worse German.

We know you as founder and main developer of CenterICQ. When and why did you have an idea to make this software?

It was back in 1998. I was a 2nd year student at the university and just started my professional career at an IT outsourcing company, for I realized that only practice can bring me some vital professional skills.

Since 1995 I used to develop another well-known piece of communication software called Tornado BBS. It povided a host part for users who accessed BBSes with their modems. It featured X/Y/ZModem file transfer protocols and versions for DOS, OS/2 and Windows were availabled. The concept of BBS got almost extinct by 1998, so I gave it up. Actually the reason was that I had no interest in FIDO/BBS anymore, so I didn't need the software myself. Some enthusiasts though continued maintaining their bulletion board stations for another few years. They actively used the software and asked me for updates. There has even been an effort to continue the development, though the guys didn't get much further than publishing their names as those of new maintainers and making a simple web-site with some free hosting service. 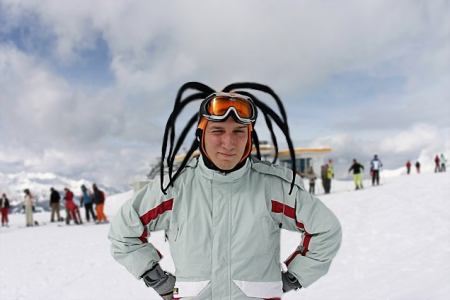 At my first job I developed software for Linux. Instant messaging was relatively new then and there was not a lot of Linux ICQ software available. I wanted a console client, that would provide windows and dialogs. Probably I spent too much time with Turbo Vision based IDEs from Borland. Having discovered there was nothing like this around, I decided to write my own console ICQ program, also filling the gap created by not developing Tornado BBS anymore.

I knew if I don't do it, noone would do it for me. I was also interested to study different IM protocols and technologies. Basically those were my reasons.

Are you user of your software too?

Would be stupid to dedicate your free time to writing something you don't even use, wouldn't it? Sure I do use centericq on a daily basis.

Development was very fast and then it suddenly stops. Newest version is one and half year old. What happened?

There hasn't been anything that would bother me with centericq or a new feature I'd desperately want to have. It just got to the state that suits me well.

As to the overall approach to the free software… Well, I grew up.

You told me, that you are disappointed about this approach to the software development. Why?

Well, first I started actually noticing folks who demanded that I have to implement a feature they want just like I owed them for using the software. That was pretty annoying.

I also got mails from people who said „I need the feature X. I would do it, but I don't have time“. That's also annoying, because it sounds like my time costs less than theirs.

Well all know, open source means „works fine for me“. And it does work fine for me.

I also mentioned growing up. It means I discovered that my skills and experience can be used to do something I would benefit better from. Over past years, I've been into different commercial projects. Check out imhelpdesk.com, tridone.com or redwerk.com, for instance.

Free software is perfect if you want to practice your skills or to play around with some technology. Besides, most polls show that exactly these two reasons make people develop projects this way. I can hardly imagine it as a self-motivation, unless your lastname is Stallman. I am not old enough to be political.

Free software can also be a win-win thing between individuals or companies that solve similar problems. Contributing to the same LGPL-ed library, which all of them use for their projects can help the business.

Also, I certainly don't feel comfortable in the crowd of so-called open source adepts or evangelists. From the technical viewpoint, their skills are close to zero. They have no coding skills as most they made out of IT is an ability to install Linux and compile some software.

There is still lot of work on CenterICQ. Users are calling for new Jabber protocol and other features. Do you mean that you will continue some day?

The source code is open, anyone can continue, anytime. As to myself, I would, if I see something vital to fix or implement.

There is new developer group, which wants to continue in your work what do you mean about it?

I can see a group of people since a month discussing which version of wiki to install and which hosting to use. They also applied patches that either added two case-clauses or type casts. No serious improvements, no coding. Why do you call them developers anyway?

I can see the same old problem over and over again. People think that open source is about coming out with something you need and „someone“ will code it for you. Noone will code. You have to. If you can't, well, it's not your day.

Myself, I have never asked for a feature. I just coded it and sent a patch. If someone sends a sane piece of code to me now, I would give a CVS access without any problem.

Do you want to give them CenterICQ name or not?

I don't think that's important. As well as wikis and sourceforge accounts. Important is to code.

Do you mean that you will enjoy this group and contribute with some work or suggestions?

I would, if I saw someone code there.

What can help you? New contributors? More donations?

It works for me. However, if someone wants to actually implement UTF-8 or multiple accounts, he doesn't even have to get in touch. He has to code that and everyone (including me) will use it. Writing open source for donations is not very profitable. Most you can get is to cover your hosting expenses.

Thank you very much.