Thunderbird 3.0 Alpha 1 was released last month. A few months before, two main developers left the project and development was moved from the Mozilla Corporation to the Mozilla Messaging, the new subsidiary of the non-profit Mozilla Foundation. We had the opportunity to ask some questions to David Ascher, Mozilla Messaging CEO. The interview is about present and future of Thunderbird and about related projects like SeaMonkey, Spicebird and Mozilla Calendar.

Can you briefly introduce yourself? Who are you, how did you get involved in Mozilla project and what you have done in the past?

I've been involved in the Mozilla project since late 1999/early 2000, when I started the Komodo project for ActiveState – an integrated development environment for dynamic languages. Over the years, I've gotten involved in a variety of ways, including with the Mozilla Manifesto, an effort I'm hoping will keep gathering steam over the coming years. Last year I joined formally to become the CEO of Mozilla Messaging, the new subsidiary of the Mozilla Foundation focused on internet communications and email, including leading the Thunderbird project. 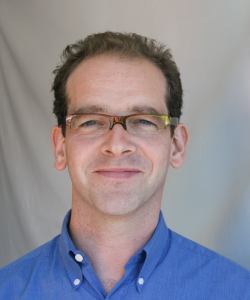 For the futher development of Thunderbird was founded new organization Mozilla Messaging. What are its goals?

The short version is that Mozilla Messaging is the part of Mozilla focused on promoting the ideas behind the Mozilla Manifesto, in the arena of email and internet communication. Just like Mozilla Corporation pushes for an open, competitive, participatory internet by creating a world-class browser, we want to ensure that email and related communications are as vibrant and healthy as possible – Thunderbird is our first product towards that end.

What do you think that Mozilla Messaging will bring to ordinary users?

I don't expect ordinary users to care much about Mozilla Messaging as an organization. I do expect that if we succeed, Thunderbird and other Mozilla communication systems will allow people to „rediscover email“ just like Firefox was able to re-invigorate the web. Right now, email and instant messaging is at least equal parts joy and pain. We can't imagine living without email or IM, but it's far from fun at times. We think that by building a highly usable, customizable, extensible communications tool, in deep and constant communication with all kinds of people from users to service providers, that we can bring new energy into the space.

Before creation of organization project left two main Thunderbird developers. How this situation remarks project and how are these developers involved in Thunderbird now?

The amazing thing about open source is that because the code is available, and because of the development practices that Mozilla has been using for years, projects can survive the departure of even influential developers. Luckily, they can also welcome them back! David Bienvenu, one of the original Thunderbird developers, has recently joined Mozilla Messaging, and is helping to build Thunderbird 3.

Do you think that debate about uncertain future of Thunderbird damages project?

How many developers are involved in project today and what are theirs skills? Is it difficult to recruit new developers?

It's really hard to answer that question, because not everyone is involved full time, but counting only the full-time people would significantly underestimate the size of the community. We have front-end and back-end developers, a user experience lead, a small but active QA team, a global team of localizers, third-party partners building extensions or compatible servers, etc. Recruiting engineers in particular has been very easy – it's not often that top-notch engineers can work on projects that are challenging, popular, community-centric, and motivated by fundamentally human goals rather than financial ones. Working on true open source projects feels great, and it's fun.

Do you think that current speed of Thunderbird development is good?

I'm never, ever, satisfied with the speed of any software project! ;-) I'm impatient, and I'd like to see things move faster all the time. At the same time, Thunderbird is somewhat like a supertanker. It's been sitting in port for a few years with only a maintenance crew on board, and now we're trying to take it out to sea with a bunch of new sailors on board – it takes a while to grease all the machinery, fix the rusty pipes, get the old-timers to train the new folks, and agree on a course. But when we get some momentum, it will make some waves!

In which level is cooperation with related projects such as SeaMonkey or Mozilla Calendar?

Great – we share a lot of code, and common goals. Robert Kaiser, the lead for SeaMonkey, is effectively part of the extended thunderbird team because we share so much code. He's able to bring some of his experience to bear when we run into issues, and as we invest in new features, we make sure he's in the loop. Similarly for the Calendar project – we're hoping to help them with some of their bugs in the short term, and longer term we're starting to plan how to integrate Lightning into Thunderbird. I'm very happy with both of those collaborations.

Are there any subjects (companies, organizations, etc.) which support Thunderbird development, or they plan to support it?

There are several companies who support Thunderbird development, either by submitting patches, paying contributors for their work on either Mozilla overall or Thunderbird extensions. I know of a couple who are planning to do more, but they're not ready to announce that yet.

We're working on those topics right now. Our current plan for Thunderbird 3 includes three major areas: integration of calendaring, better search, and other user experience improvements. All of those need further refinement, breakdown, scheduling, etc. At this point, we don't have a release date.

One of main news is that Thunderbird 3.0 will contain integration with Lightning extension which provides time and tasks management. Do you think that Thunderbird has ambitions to compete with Microsoft Outlook in near future?

I'm less interested in specifically competing with any specific product, and more focused on figuring out what the best user experience we can give users is. I'm sure that for some users, Thunderbird 3 will be a better fit than other products, but taking on Outlook or any one product isn't how we're looking at product planning.

What about integration of others Thunderbird extensions?

I see popular thunderbird extensions as great sources of ideas. We look at specific extensions all the time, and ask ourselves whether some of that functionality belongs in the core product or not. If yes, then we look at the code and talk to the author about what the best way to do that integration is. I think it's unlikely that we'll add many extensions „as-is“.

Do you think about improvement of Thunderbird marketing? What about some equivalent of SpreadFirefox?

We definitely need to facilitate grassroots marketing for Thunderbird. I've been focusing on Thunderbird 3 development for a while, but figuring out a marketing plan is coming up in priority. I need more time in the day!

What do you think about Spicebird? Do you see this project like competition or like benefit for Thunderbird?

I think Spicebird is great. It's showing us a different way of putting things together, and it has a lot of creative energy. At the same time, they're contributing back patches, and both projects are happy to collaborate. It also validates the flexibility of the platform, which is great given that we're thinking about new capabilities.

The main source of revenue for Firefox are money from search engines like Google. Do you have an idea of the resources which will finance Thunderbird development?

Not at this stage, no. We're focusing on making the product better, and driving adoption. If we have a great product and lots of users, I'm confident we can come up with a sustainability model.

Those are both really hard questions to answer. We think we have between 5 and 10 million active users, but it's also possible that we're undercounting the many users who are using Thunderbird inside large companies and governments, as those people tend to use versions of Thunderbird customized for their environments. We also don't know enough about typical Thunderbird users – a common problem for open source projects!

What do you think about conflict between Mozilla and Debian project about trademarks of Firefox, Thunderbird etc.? In Debian Thunderbird is called IceDove. Do you whink that this changes in the future?

Open source programmers tend to apply the logic of open source licenses to trademarks, which are quite different entities. I don't think Mozilla is likely to change its trademark policy anytime soon, and I don't have the impression that Debian is interested in changing its mind either. It's a bit unfortunate, because I think Debian and Mozilla agree on more than they disagree on. In general, I think that the open source world needs to figure out better ways of working with people who are both downstream and upstream, as the recent Debian/OpenSSL issues have shown. We'll figure it out.

Do you think that in near future something can significantly affect the mail as we know it today?

I think many things _are_ significantly affecting email. Social networking messaging systems (facebook, myspace, etc.), mobile devices, instant messaging, all are changing people's rela­tionship to email. And some of that is very good, leading to new and interesting ways of communicating. But there's also a cost, in that these days I have to check several email accounts, maintain multiple IM accounts, twitter, facebook, etc. Some of that diversity will undoutedly get simplified over time. Our job is to make sure that the simplification doesn't end up at the cost of fundamental goals of the internet, such as openness and competition.

Ending question. How can people be involved in Thunderbird development?

As we describe on the website, it depends on what people want to do. We always need help going through bug reports, fixing bugs, building new features, maintaining translations. I also welcome emails to me at dascher@mozillamessaging.com.

Thanks for your time and wish success.