You can switch to czech version.

What brought you to the SeaMonkey project?

Ten years ago, I started localizing early versions of the Mozilla suite as I was intrigued by the XUL technology that made many things, including localization, easy to play with. Over the years, I did some smaller work in areas related to localization here and there, and 5 years ago, when Mozilla transferred development and project management of the suite to the community, I felt I should take part in this and get things moving, as I did and do believe in this professional all-in-one suite we call SeaMonkey now.

How many people participate in the project?

That's hard to tell, depending on what you count as participation. When looking at who contributed important pieces of code to SeaMonkey 2.0, I came to a count of about 25 people, but people like localizers, bug reporters and triagers or testers are also contributing and participating significantly, but much harder to count.

And then, people from the Mozilla platform and Thunderbird teams often also contribute code often enough when making sure their changes in shared code work with SeaMonkey as well. Overall, there's a pretty large group of people involved, but I'd estimate the core developer group to be about 10–20 people. 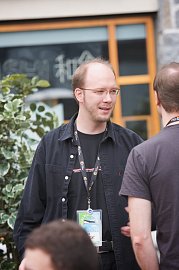 There is no company behind SeaMonkey. How is the project funded? Is Mozilla Foundation helping with finances?

Well, the first question in that situation actually is what funding is needed at all. People working on the project are all volunteers (though I have found a way to survive from Google AdSense income derived from the German SeaMonkey website), so we don't really need money to have people do work on the project. All the infrastructure we need is provided by our „mothership“ Mozilla – while one can see that as „funding“ of some sort, no actual money is flowing our way there. The same goes for Mozilla inviting some of our contributors to events like FOSDEM, MozCamps, or the Mozilla Summit. All in all, we have no direct funding, but we can make due without it – even though it means asking and waiting for Mozilla if we need anything specific, like build machines or event invitations.

Is SeaMonkey version 2.0 well-recieved or not? And mainly, how big is an interest in it?

I think it's pretty well-received. People are in my opinion (we don't have numbers) faster in switching from SeaMonkey 1.x to 2.0 than they were in switching from Mozilla suite to SeaMonkey 4 years ago – even though the current jump in technology is much larger.

We have some quite conservative users, who are either slow to switch or don't like some of the changes in 2.0, but you never can avoid having some of that, and many issues with 2.0 are either fixed in current updates or have add-ons for working around them listed in the release notes. I think interest from users of the older suites is high, but overall, interest could be even higher if we had a marketing team coordinating how we get our message out to people. This is one of the areas we really could need help from volunteers – no coding skills needed!

What new feature of SeaMonkey 2 is your personal favourite?

Session restore – for two reasons: For one, it's great to have all my browser tabs and windows up every day automatically and to have everything back in the rare case of a crash or an application restart.

For the other, the story of how we got it was open source at its best: A guy named Misak came onto IRC and asked if there is session restore in SeaMonkey, and we told him not yet, but the code is there in Firefox, someone just needs to port it, that shouldn't be too hard if he had the time to do it. He said that he had not been doing much programming for a long time, but could try – and Misak is still maintaining this part of our functionality now and looking into more things he could do. This shows so well how things work around here and how everyone who is willing can help us to make things better. 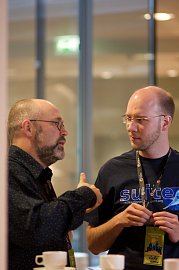 Extension availability is crucial for many potentional SeaMonkey users.How has the situation around extensions changed with SeaMonkey 2?

We are now shipping the same add-ons management as Firefox and Thunderbird (including updates, deinstallation, etc.), and the same Mozilla platform as quite recent versions of those, so it's much easier to get extensions to work with SeaMonkey 2.0 that are already working for one of those products. Also, the developer.mozi­lla.org documentation for add-on creation and interfaces now fully applies to SeaMonkey 2, and we work much better with the addons.mozilla.org system.

All that makes work with extensions much easier in SeaMonkey 2.0, but as the 1.x->2.0 jump is quite large in terms of technology, it has been a bit bumpy in terms of making extensions that have been working with 1.x compatible. I hope most of those cases are fixed now – we can do better in making Firefox and Thunderbird add-ons compatible with SeaMonkey, though – but that's mostly up to the add-on authors (and to users asking them for it).

Can you tell how many extensions are available for SeaMonkey at the moment?

Unfortunately, we don't have any numbers about that, sorry. From what I hear, the number is still rising, though, and probably larger than it ever was for 1.x (but hard to prove without numbers for either).

Is it difficult to alter a Firefox extension to get it work in SeaMonkey? Do extension authors tend to do that?

In many cases, it's really easy. Some authors do it right away, some need a bit of poking by their users. The Mozilla Add-Ons blog had an article recently encouraging people to port their add-ons to SeaMonkey.

Do you have a particular extension without which you cannot imagine using SeaMonkey? If so, when is it going to be integrated?

I have been using SeaMonkey without any add-ons for a long time, as with 1.x it was easy to break nightly builds with having those installed, and only now with 2.x I started to have a number of them always installed. So, basically, I'm not dependent on any add-on right now, though I have Lightning, Firebug, and a few others installed.

One that really has grown to me and which I really don't want to go without now is Weave Sync, though. Having my SeaMonkey installations on my desktop and my laptop syncing each other with history and form field data has really proven to be helpful and often a timesaver for me. Oh, and yes, there are plans to integrate Weave Sync into the Mozilla platform – once that happens, SeaMonkey will have it integrated as well.

What are the future plans? There is a lot of talk about SeaMonkey 2.1. Do you have an idea what should this version bring and when can it be expected?

We have now decided to release SeaMonkey 2.1 on top of the Mozilla 1.9.3 platform, which is currently expected to stabilize in fall this year, we hope we'll be able to release in sync with the lead release from that platform (Firefox 3.7 or 4.0, whatever it will be called). I hope this version will bring the places bookmarks system, the toolkit search service, and out-of-process plugins, among other things. What exactly it will have, will be determined by what our people can make the time to work on. Help wanted!

A lot was written about the calendar integration (availvable at the moment as the Lightning extension) and a new HTML editor (KompoZer). How does the cooperation with authors of these applications work? Can we hope for the extensions to be integrated to SeaMonkey 2.1 already?

We're in steady and good communication with both projects (which, interestingly, seem to both have fewer developers but more users than us). Lightning 1.0 Beta 1 officially supports SeaMonkey 2.0.x due to our cooperation with that team, and there will be a Lightning to work with SeaMonkey 2.1, but it will probably not be directly included. Details still need to be worked out. On the other hand, the KompoZer project is actively working on bringing a number of their developments directly into SeaMonkey Composer and releasing a future KompoZer version based on that then-common code. We should see the first parts of that work arriving in SeaMonkey 2.1, but details are still open here as well. 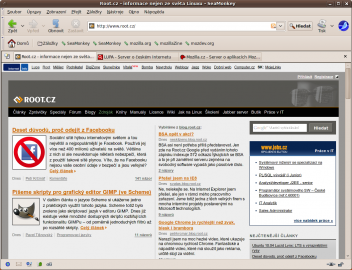 Have you considered integration of any other extension – eg. Enigmail or Firebug? Is there a wishlist somewhere to which the users could suggestsuch extensions?

We'd love to get EnigMail integrated, and have been discussing that for a long time, but the real problem there is the code to access GPG binaries on the system, which needs to happen through a platform feature if it's integrated – but that feature doesn't exist and has a hard time materializing. We hope that can be solved some time in the future, but we have no idea when it can.

We don't have plans for directly integrating other extensions so far, we'll treat that on a case-by-case basis, but our primary job shouldn't be to just integrate extensions but to improve the suite as a whole, esp. its base – and there is still a lot of things to be done there as well.

User interface of Firefox will go through a considerable change next year. How do you like it? Will seamonky follow this path or will it leave its interface unchanged?

Our interface will not change radically – we will not remove the menubar or such things, but we might slowly evolve our UI where it's reasonable, just like we've done with the reworked default theme in SeaMonkey 2.0. We surely will closely monitor what Firefox and Thunderbird are doing to their UI, but we don't see our mission in mimicking them, but in providing a well-integrated, professional-targeted alternative to their mass-oriented products. That naturally also means differences in the UI – and probably a more conservative evolution of it instead of a drastic revolution.

How do you think SeaMonkey will look in ten years? What will change? What will remain the same?

I think we'll come to the point where everything can be a tab in the same window, no matter if it's mail or browser, or editor, or whatever. This is a vision we've had for some time now, and interestingly, it seems like Firefox is starting to go in that direction somewhat in their own way (new add-ons manager, etc.) now.

I hope integration between the parts of the suite will become stronger, though, with e.g. being able to directly add events from a website to your calendar and invite a couple of friends via mail, others through some social web platform.

As long as it exists, SeaMonkey will offer browser and mail in a single application, though – even if some things might run in their own processes in the future.

Do you consider a mobile platform version? Some users would surely welcome mail and web integration.

As much as I'd like it, this would need completely reworked user interfaces, and we don't have the work force to do that and get enough testing for it. I'm closely monitoring Mozilla's current mobile efforts, but SeaMonkey is very probably staying a desktop-only application.

I am also aware of you breeding real live sea-monkeys. How are they? Are they 2.0 already?

I guess they are at least 3.0 now, as the whole population died at least twice, but nicely always leave some „eggs“ (actually fetuses in some kind of suspended animation) from which new Sea-Monkeys will grow again when the water conditions are right. I've learned a few things in treatment, though, and the current population should include animals that are one or two years old.

And the last question: How can a person participate in the SeaMonkey project?

There are many possibilities – from testing nightly builds and reporting bugs (QA) via marketing or support to actually writing patches. Everyone who wants to help can help, just contact us.