Håkon Wium Lie: CSS was created to save HTML

Håkon Wium Lie was born in 1965 in Norway. He worked together with Tim Berners-Lee at CERN and created proposal of Cascading Style Sheets (CSS). From year 1999 he has been working as chief technology officer at Opera Software. He along with Bert Bos wrote book Cascading Style Sheets: Designing for the Web. In year 2005 Håkon together with Ian Hickson created popular Acid2 test.

Do you still remember when you started web browser for the first time and opened first webpage? What browser and what webpage it was? 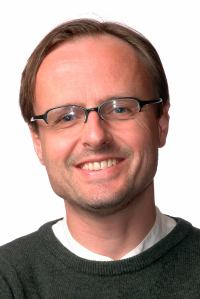 I do remember. The page was info.cern.ch (which no longer works), and the browser was „telnet“. That is, I used the „telnet“ program to connect to the linemode browser that was running on the CERN machine. This was in early 1992. The user experience wasn't thrilling; it was text-only, and not much content was available. However, when I started looking at the underlying HTML source code, I got hooked. The code immediately made sense to me; anyone could write it! Or, at least, anyone could copy some page and modify it to one's own needs.

In that time the Web was different than the Web is today. Years ago how did you imagined the Web may look in year 2008? Was your guess close to the reality?

My way of making predictions was to work on a technical proposal. I felt that layout, typography and aestetics was missing from the early web and I proposed CSS as way of addressing this. If you read the initial proposal, you will see that it's quite different from CSS as we know it today. As such, my predictions were not entirely accurate, but we have also learnt much along the way.

Why is the Web so successful? Why it was the Web what spread into every personal computer and not something different e.g. Gopher?

HTML is the foremost reason for the success of the web. The tags just make sense. In more academic terms, I would say that HTML has found the right level of abstraction between semantic markup and the presentation markup. The tags are semantic, but not too semantic. I discuss this in my PhD thesis.

Also, HTTP and URLs contributed to making the web a more viable technical platform than Gopher.

There is also an important non-technical reason for why Gopher lost out: the University of Minnesota announced that they would charge for the use of the software. And who knows, perhaps they also had patented the protocols? CERN, on the other hand, had an enlightened view and made their software and protocols available for anyone to use freely.

On which projects did you work before you got involved with the Web? You were CERN employee, weren't you?

Yes, I was a CERN employee. But I came to CERN after the web was invented. I heard the big bang and came running, so to say. So, at CERN I only did web stuff. Before CERN, I was at Norwegian Telecom Research and before that at MIT. At the MIT Media Lab I worked on presenting personalized newspapers on big screens. You'll find lots of Media Lab ideas in CSS. 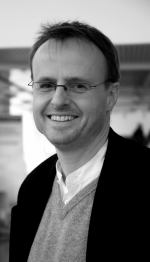 Later you became W3C employee. Why did you wrote the Cascading Style Sheets proposal? It was your idea or your boss came to you and said: „We need some language for HTML styling, please do it.“?

Tim Berners-Lee was my boss at the time. I proposed working on style sheets and he supported me in this. The concept of style sheets was already present in the code he had written for the NeXT browser/editor. However, those style sheets were hard-coded in the program, wheras CSS style sheets travel freely on the web.

The pressure for styling came not from managers, but from authors. They wanted their documents to use certain fonts, colors and layout. Many authors were happy when Netscape introduced <font> tags and „color“ attributes. However, Bert Bos and I felt strongly that HTML should not degenerate into a visual language. We wanted HTML to remain a semantic language so the content could be presented on all sorts of devices, not just visual ones. Therefore we developed CSS. So, in a way, you could say that CSS was developed to save an even more important language, namely HTML.

How long did you work on the CSS proposal?

The initial proposal took me a few weeks to write up in and it was published on October 10th, 1994 — three days before Netscape released their browser to the public. And then the race was on: would it be possible to get consensus around a compelling CSS specification, or would visual markup win? It looked bleak for years, but by now most web pages use CSS.

In 1994 I didn't have time to study much of the previous work on style sheets. Part of my PhD work was to make up for that sin; the thesis compares CSS with the style sheet languages and proposals from that time. CSS missed several good ideas, but overall I'm quite happy with the outcome.

CSS was revolution for the Web. Later the Web became more stable place. What can we expect in next years? Is there coming something really big?

You are right in pointing out that the Web, as a technical foundation, is stable. This is good. HTML documents that we write today will be readable many years from now, just like Gutenberg's bible still can be read. The big change we will see in publishing is how the Web is used. In the past, the web has been one of several outlets for information. This is changing: the web is becoming the master copy from which all other versions are derived. If you want a book to be printed, you will derive it from the web. Bert and I wrote a book in HTML and CSS to show how this is possible.

Web applications, on the other hand, are still immature. This is where the big changes will come. Opera just released Dragonfly to help web application developers — this is one of my favorite toys at the moment.

Together with Ian Hickson you created so popular Acid2 test. Whose idea was it – yours or Ian's? And why did you choose smiley?

The idea for Acid2 was mine. The smiley was chosen because people instantly recognize it and see when something is wrong. As such, the smiley has been a good way of illustrating why support for web standards is important. But ideas are cheap, and tests are hard to write. Ian Hickson is highly skilled in the art of writing evil tests and he wrote the code of the Acid2 test.

We did most of the work while sharing a hotel room at the W3C TechnicalPlenary in Boston in March 2005. Ian spent most of his time coding each pixel into its right place, while I worked on the guide that describes Acid2 in some detail. That was my way of understanding and double-checking all the code that went into the test.

Also, Todd Fahrner must be credited when Acid tests are discussed. He wrote the first test that was referred to as an „acid test“. It is also a difficult one-page test with a quirky graphics that exposed bugs in all browsers when first published. Todd's test was crucial for establishing baseline support for CSS in early browsers.

Isn't purpose of web standards weakened, because they are not real standards but just the recommendations? Can be helpful if W3C specifications obtain some official status like RFC, ECMA or ISO standards?

I've spent some time in ISO lately, working in the Norwegian committee that evaluated OOXML. Microsoft has pushed hard to get the monsterous OOXML specification through the „fast track“ in ISO. Unfortunately, ISO has lost credibility in the process. I believe W3C's process is a much better framework for developing sustainable specifications. I believe W3C will remain the foremost organization for web standards in the future, even if not all their specifications find real use on the web. W3C's stand on patents has also been important in building its credibility among developers. 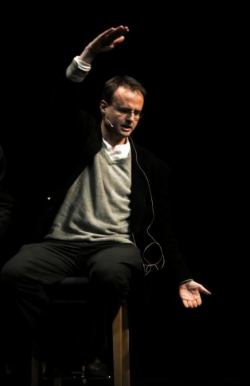 People are often divided into two groups today: the advocates of original classic HTML and the advocates of new XHTML. Which group do you belong to? (This is very dangerous subject and „wrong“ answer can create you a lot of enemies – about half readers of this interview.)

Thanks for warning me! I think both dialects are fine. Personally, I write most of my documents by hand, in emacs, and therefore tend to use a minimalist form of classic HTML. In industrial environments, like My Opera, we use XHTML.

You are Opera Software CTO today. Do you remember some really difficult technical problem, which developers in Opera Software had to solve recently and you are really proud of their solution?

I'm very proud of one of our developers who recently added support for webfonts. WebFonts were part of the CSS2 specification from 1998, but browser didn't add support for common font format at that time. This is about to change, and I look forward to seeing all those font-related properties in CSS get more raw materials to work on. There are thousands of freely available font families out there and by pointing to them from your style sheet, they can be used in your web pages. This will change the face of the web.

Except for Opera Software you work also for YesLogic company. What is primary goal of YesLogic and what is your role there?

YesLogic makes a Prince, a web-to-PDF-through-CSS-converter. I first started using Prince when trying to write the book in HTML and CSS. Prince was the only formatter that could handle the task. By joining the board of YesLogic, I was able to put more priority on my favorite bugs. Today, Prince is a mature product and is part of that grand vision where the web is the repository for all of mankind's know­ledge. Some of that knowledge will be printed as PDF documents and Prince is a great way of getting printing web content. I've had much fun working on how to print Wikipedia articles.

Today our readers can meet you in Prague. Is it your first visit to Prague?

I've been there once before, in 1992. It's a very beautiful city that hasn't been destroyed by modernistic architecture, like so many other European cities have.

What can we look forward to? What did you prepare for PROWAS (Prague Opera Web Appreciation Society)?

I bring some demos! Also, I'll expand on some of the topics discussed above and be open for debate. I look forward to it!

Thank you for this interview. Together with our readers I am looking forward to meet you in Prague.

Martin Hassman was interviewing Håkon Wium Lie short before his visit to Prague to meet Czech Web and Opera community on PROWAS meeting.